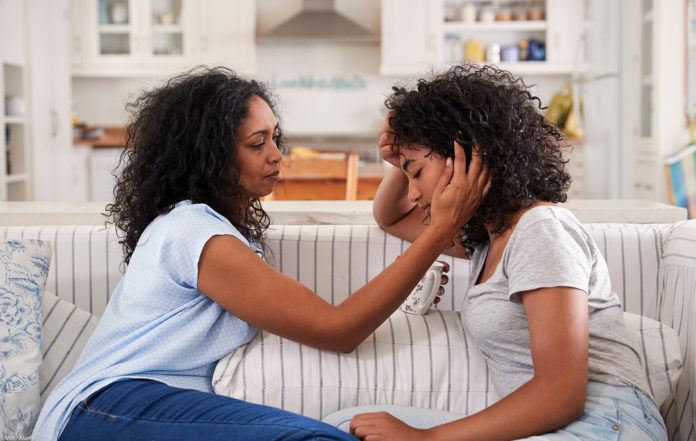 Why would you feel so upset at your children’s breakups?

In our case, as with all romances, we should have been more on our guard. He was charming: we were bowled over.

By ‘we’ I mean my partner and I, faced with our daughter’s boyfriend. Because at the age of 19, my daughter started going out with a lovely man-boy. Arty and self-effacing, and with that attractive ‘just-got-up’ look, he was a delight. We went on holiday, hung out and enjoyed lager in the garden. It was like having a new friend.

Imagine our shock when about nine months later, our daughter (who I shall call Felicity, as she doesn’t want this to be aired) said that she had “sacked” (her exact word) this lovely chap. It’s fair to say that we experienced a real sense of loss.

We know that parenting is about making it up as you go along but this was entirely different to expectations.

Everyone had told me that I would dislike all Felicity’s boyfriends because that’s how it works. The typical argument is that parents feel no-one is good enough for their daughters (or indeed their sons). One study by British and Dutch scientists suggests that disapproval of children’s partners is an evolutionary mechanism – a kind of insurance against the potential future sharing of resources. For dads, perhaps it’s also because they remember themselves at that age and distrust the hapless boyfriend’s motives…

Felicity’s paramour was an artist and gave her a painting, a very romantic gesture which we loved

Anyway, faced with a new beau, something stern can rise to the fatherly surface. Even that hoary old philanderer Mick Jagger objected to his daughter Elizabeth’s choice of boyfriend, showing an excellent grasp of double standards (granted, she was 18 and the boyfriend 44. But still – Mick…)

Felicity’s paramour was an artist and gave her a painting, a very romantic gesture which we loved. He was about the same age as her, didn’t seem to be a drunk or drug-user, and was friendly without being unctuous, presumptious or arrogant. It was like befriending a peer and perhaps that’s why we had such a sense of loss.

But at its conclusion the whole episode made me pause: how close should we get to kid’s squeezes? It’s a thought that also occurred to Dee Holmes, a family relationship counsellor with Relate, who has two daughters.

“One of them split up with her boyfriend of six years and we liked him so much I really felt like crying,” she says. “We had entered a relationship with him as well, taken him on holidays and hosted him at ours a lot.”

Of course, Dee knew it was her daughter’s call, and on the occasion, the poor girl had felt shame at her decision. “She said, ‘I was dreading telling you’,” recalls Dee. “She knew it was her choice but still wanted our approval.”

We all want our children to be happy and safe. But is there something more to the relationships between parents and their sons and daughters’ significant others: that we want them to be our friends as well?

“Why can’t she go to clubs and get off with people like ordinary girls of her age?”

It’s possible that the increasing informality of family life, combined with the shared tastes and generational slippage of our times – look at the multigenerational crowd at the Glastonbury music festival – has helped to drive this. Instead of losing your son or daughter, you’ve gained a mate and it feels good.

Dee even thinks that the way we now all drink together has changed (and sure, I couldn’t conceive of going for a beer with my teenage girlfriend’s parents in the 1970s) and that social media has lubricated communication.

Also, many of us routinely let our late-teenage and early 20-something children sleep with each other in the same house: a relatively new development that some parents I know are still a bit unsettled by, while others take liberal parenting to the max.

One friend of mine, Suzy, had a daughter that had been going out with the same boyfriend since the age of 16, and complained: “Why can’t she go to clubs and get off with people like ordinary girls of her age?” In some cases, it’s as if the family home has become a shared student house.

The model of being remote, stern and judgemental with your children’s romantic interests, as if you’re weighing up their marriage potential, now belongs with the novels of Jane Austen, says Janice Hiller, a clinical psychologist who specialises in relationships.

We now tend to accept boy- and girlfriends at face value, and this is a good thing

“I encourage friendliness,” says Janice, who has three children. “With one of my daughter’s boyfriends, we would sit and chat for ages and had a lot in common.”

Rather than the judgemental conversations of the pre-contraception, pre-liberal, pre-sex-before-marriage past, we now tend to accept boy- and girlfriends at face value, and this is a good thing.

At the same time, families are like wolf packs, the sociologist Deborah Cohan of the University of South Carolina-Beaufort has noted, replete with codes of acceptance and rejection.

The most important thing to remember is that it is your daughters or sons’ life, so give them space

New boy- or girlfriends knows they are being judged as to their suitability to join the pack and with these tacit hierarchies come deeper feelings – for example, some mothers can be threatened by sons’ girlfriends, a primal fear of replacement. Of course, the ancient fear of unexpected pregnancy still lurks, with the question of who picks up the tab for junior. Even the most liberal parents may have these feelings.

So, what did we learn? Following our experience, I’d now argue that it’s not good to be too chummy. The most important thing to remember is that it is your daughters or sons’ life, so give them space. And the same goes for bad guys as well as good (and they were there: the one who smoked in the house, the one who could never quite meet my eye).

Certainly, going on about how we missed this guy wasn’t useful as it made Felicity feel guilty.

We had to move on from this sweet chap, as did Dee and her daughter’s boyfriend: “We shared a few texts after they split but we both obviously knew we shouldn’t prolong it, as it wasn’t our relationship,” she says.

As Janice remarks, “These are their relationships and you have to be able to let them go. Know when to back off.” Accept that your children are forging their own lives – and manage your own expectations.

THE BOYFRIEND/GIRLFRIEND CHALLENGE
• Accept your child’s choice and beware of any disapproval – it can have the effect of increasing interest in the boyfriend, in any case
• Be compassionate to the new visitor – it’s very daunting for boy- and girlfriends when they meet the parents
• Don’t panic if your kid has chosen a duffer – their peers are more likely to frighten them off than you are
• Don’t be overbearing, acting the big ‘I am’ – it’s really annoying
• Stay in the present – don’t start fantasising about grandchildren
• But always observe the iron law – aggression, abuse or violence to your child is not on and requires intervention. 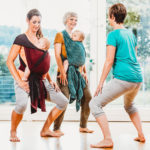 This Philips Avent Bottle Warmer Is The Safe, Efficient Way To...