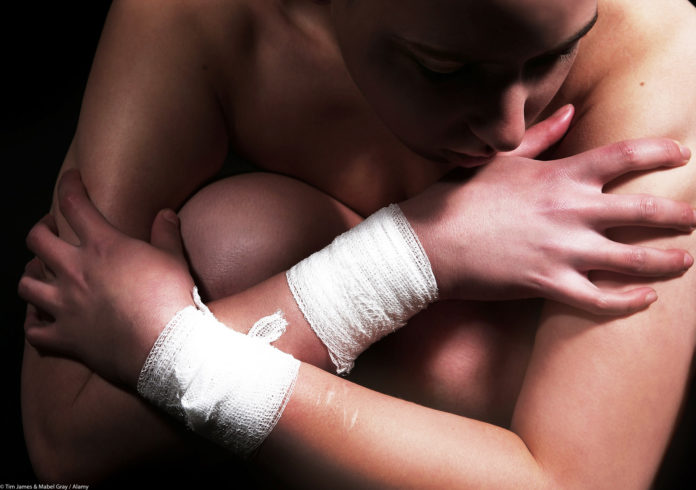 You never think self-harming will reach you.

About three months ago, I took a phone call that would turn my life upside down. I was focusing on a complicated spreadsheet at work when my mobile rang. I picked up rather tersely.

It was my daughter’s school – her head of year. My stomach lurched when she asked if I was sitting down, and then came the bombshell:

“I’m sorry to have to tell you that it’s come to our attention Alice is cutting herself.”

My daughter – dark-haired and freckly, musical and smiley. How the hell could she be self-harming?

I was utterly incredulous. My daughter – dark-haired and freckly, musical and smiley. She’d just turned 15 and was on the cusp of the best of life. How the hell could she be self-harming? She was still a child who ran around playgrounds after her ten-year-old brother.

Two of her friends had sussed it was happening and taken her to the school counsellor, the head of year told me. The school now wanted me to collect Alice. “She’ll talk to you about it, but it will take time.”

The rest of the day is a bit of a blur. I remember picking my daughter up, telling her I loved her and wanted to help. She was remorseful and ashamed, and wouldn’t look me in the eye. “I won’t do it again,” she said quietly and repeatedly.

I first asked her ‘why?’ as we sat at the kitchen table later. She looked into her hot chocolate. “I don’t know.”

So we talked about other things – a tough biology test, Spanish homework, an upcoming party.

For the next couple of weeks, every conversation my husband and I had when Alice was out of the house or in bed, was ‘why’.

As the school advised, I swept her room to remove all sharp objects. (Later, I read that rather than hiding sharp objects I should instead talk to her about how to keep her cuts clean and what to do if she cut herself too deeply. I also read it was best not to ask the child why they did it, as they don’t usually have an answer.)

However, for the next couple of weeks, every conversation my husband and I had when Alice was out of the house or in bed, was ‘why’.

Was it because she’d been struggling at school? Possibly. The GCSE year was tough and her very academic school was full of able, ambitious girls who’d made the step up seemingly effortlessly. Alice, on the other hand, had found the workload hard and her confidence had taken a tumble.

Was it because cutting was common at her school? Possibly. Three years earlier, in Year 7 (the first year of secondary school in the UK) she’d told me of a girl in her class who was self-harming and that she wanted me to speak to her mum. She was scared the girl would kill herself. (Yes, I’d made that devastating call and now it was my turn to be on the receiving end.)

Was it because she was unhappy? There had been rows about her overuse of her phone, her untidy room, her unwillingness to help around the house, her lack of focus…

Such a joy, we should be so proud, everyone always said.

Where had it gone so wrong?

A nice woman from the local CAMHS team called to ask me if I thought Alice was suicidal.

School called again to discuss Alice. This time I was more prepared. We discussed sessions with the in-house school counsellor, a referral to CAMHS (Child & Adolescent Mental Health Services), dropping a GCSE, changing her timetable. The school was ON IT.

A nice woman from the local CAMHS team called to ask me if I thought Alice was suicidal. No, I gulped, but then I didn’t know she was capable of self-harming. They could only offer immediate help if she was potentially suicidal, said the nice woman. There was a wait of around a year for counselling. (This, I later learned, wasn’t as bad as in some authorities, where a referral can take 18 months.)

I passed the phone to Alice, who took it to her room. I wanted to stand outside eavesdropping, but I didn’t. Twenty minutes later I had the phone back; the nice woman said she didn’t think Alice was suicidal so they advised sticking with the school counsellor – ‘but here’s the emergency number just in case…’

Over the next few weeks a new normal descended – and continues to this day. It involves me being extra attentive to Alice – and also a duplicitous spy. I’m always watchful, stealthily trying to seek the reason behind our daughter’s cutting – and desperately trying to work out if she’s still doing it.

When I’m home alone I scour her room for signs of blood, sharp objects or discarded antiseptic wipes.

At the swimming pool I slyly look for cuts, but Alice cleverly wraps a bath towel around her shoulders before shrugging it off and quickly diving in. Her wardrobe has changed; instead of devil-may-care spaghetti-strap vests she wears baggy, long sleeved t-shirts. She pulls the cuffs over her hands, even as the temperature rises.

When I’m home alone I scour her room for signs of blood, sharp objects or discarded antiseptic wipes that I’ve bought in Boots. (“Just in case anyone hurts themselves,” I’d said, trying to sound causal).

The school counselling sessions are now weekly but there is no feedback. “Is it helping?” I ask one evening. “Don’t know,” she says, shrugging and shutting the conversation down.

Exams come along and her dad and I have to walk the tightrope of being there, telling her not to stress, pushing her to study when she feels hopeless, all the while trying to remain casual.

It’s now three months since we found out Alice was – or possibly still is – cutting herself. My husband and I haven’t told anyone, so grandparents, friends, close colleagues – and her brother of course – remain oblivious.

It gives us little comfort to learn self-harming is scarily common. (A survey earlier this year found that more than a third – 36% – of 16-25 year-olds in Britain have self-harmed at some point in their lives.) At the end of the day, this is our daughter and our family. Statistics mean very little when you’re facing a real-life crisis.

she’s invited to her Friends’ houses less often. Is this an imagined or real snub? Are they worried Alice will infect them with the cutting habit?

Alice is unreachable and private one minute while close and giggly the next. My husband gets frustrated when she’s monosyllabic and tells her angrily not to be so rude. She retreats further into her shell.

I’ve noticed recently that she’s invited to her two friends’ houses less often than previously. We haven’t spoken to their parents as we don’t know them well. Is this an imagined or real snub? Are they worried Alice will infect them with the cutting habit? Do they even know?

The answer to these and many other questions is simply that we don’t know. Three months on from the revelation that our daughter is self-harming, and our self-confidence as parents has plummeted.

We don’t know our daughter as we thought we did and we are less sure of how we can help her as she navigates the choppy waters of adolescence. It’s not a good feeling. 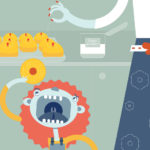 Jessica Gray
Hey parents, how are you doing? Isn’t it exhausting pretending that you have it all together when you haven’t washed your hair in a... 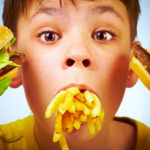 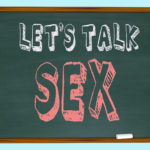 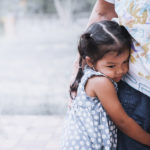