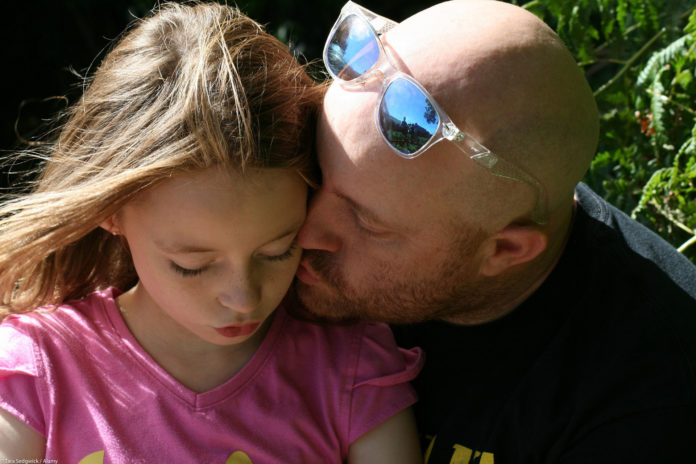 Three years ago, I was married, had an 8-year-old daughter, Naomi, and, as well as being a full-time fire training instructor with a county brigade, I also helped my 47-year-old wife, Helen, in her small business advisory service which she ran from offices in the local market town. Things were good. I never thought I’d soon be fighting my wife for custody of my daughter.

This is the story of how all that changed.

I worked long hours. Upon finishing my day job I would, more often than not, go straight into Helen’s office where I would work till 10 o’clock at night. I’d be there at weekends too. Fourteen-hour days were the norm. Helen looked after Naomi when she was not at school.

I started to realise that things were not right. Helen went into the office later and later and left earlier and earlier. Her working days shrunk to two to three hours a day.  I was doing most of the work.

Helen had been through a difficult time; two years earlier she lost her job as a director of an international IT company and was, in my opinion, still not entirely over this despite setting up her own business.

The job had been her life.

When Naomi was born, Helen only took four weeks maternity leave before she was back at work.

She worked away during the week and was home only at weekends. I became the primary parent.

I went part-time with the fire service, and arranged a complex web of child-care arrangements.

Looking back there were already clues that Helen was having an affair (or a string of affairs).

I suppose I was in denial and for the sake of Naomi I didn’t want our marriage to end.

I tried to talk to Helen about my concerns for our marriage and our daughter, but she refused to listen. I believed that if I walked out of the family home, then the chance of me getting Naomi on a permanent basis were pretty much zero.

‘Me time’ was a guy called Robert, his yellow Porsche and destinations unknown

The final straw came when I challenged Helen about why she was leaving the office early.

Enough was enough. I walked out three weeks before Christmas. Hindsight, as they say, is a wonderful thing. On reflection, I should have taken Naomi with me. But I didn’t, and that led to what I would describe as the most challenging year of my life.

Helen was determined to make me suffer for leaving. She chose to make me suffer through my daughter. Contact was seriously restricted. I was allowed to see Naomi for one hour at the family home on Christmas morning, a tough and awkward time for all concerned and very upsetting for Naomi.

As the New Year arrived, it became apparent that Helen was going to do everything in her power to make sure she was in total control of my contact with Naomi.

Through a series of texts and emails Helen told me that I was not to phone as this was too upsetting for Naomi. I was not to contact the school or try and visit Naomi in school.

Helen also told me not to call at the house unless I had phoned first – I was not allowed to see Naomi except at her mother’s behest.

Helen finally decreed I could see my daughter once every other weekend, on a Sunday between 8am and 6pm, at the former family home.

While I was there, I was expected help with jobs around the house.

Over the next few months, Helen and I met on several occasions. On the advice of a friend, these meetings were always in a public place.

When I went to pick up Naomi up to go camping the house was locked up, and no-one was home

As spring dragged on into summer, I was no closer to having any meaningful contact with Naomi. I had explained to Helen that I had arranged two holidays for Naomi and me; one, a camping trip in the UK and a second, to the Alps. Helen was reluctant at first but to my astonishment finally agreed to these two trips.

When I went to pick up Naomi up to go camping the house was locked up, and no-one was home – even the family dogs were not there. I hung around for half an hour or so, trying to contact Helen by phone, but her phone was turned off.

Naomi later told me that her mother had picked her up from school that day and had driven her to a friend’s house over 150 miles away.

So, when the time came to pick Naomi up to take her to Switzerland, it was no real surprise that yet again neither Naomi nor her mother were at home. Helen later told me that she intended that I would never take Naomi on holiday.

For Naomi’s sake, the time had come to seek professional help, and that help initially came in the form of The Children and Family Court Advisory and Support Service (CAFCASS).

The team at CAFCASS were incredibly supportive, and our caseworker suggested that it would be beneficial if we both went on the Separated Parents Information Programme (SPIP), a course which is supposed to help parents to understand how to put children first while they separate.

The course is designed to help parents learn the fundamental principles of how to manage conflict and difficulties.

If anything, attending the SPIP strengthened Helen’s resolve that I was not going to have any contact with my daughter unless it was under her terms. It was only after the threat of court action and a monumental effort by our CAFCASS caseworker that Helen agreed to attend mediation.

That first session of mediation was a waste of everyone’s time, with nothing agreed. Margaret cautioned Helen to be more responsive towards Naomi’s needs.

The second session went the same way as the first. Towards the end of the session, Margaret suggested that I be allowed to pick Naomi up from her home and take her out for a few hours the following Saturday. We could then discuss how it had gone at the next session. Helen agreed.

When I arrived at the appointed time on Saturday morning, Helen met me at the front door and informed me that ‘Naomi has had to go out,’ and she didn’t know when she would be back. Helen refused to tell me where Naomi had gone or with whom.

I cannot imagine the impact that day has had on Naomi

The third mediation session was on the following Tuesday morning. The atmosphere was bristling. Margaret asked how my time over the weekend with Naomi had gone. Trying to compose myself and keep my temper in check I was unsure how to begin.

I didn’t have to. Helen stared straight ahead and suddenly spat out, ‘Take her, have her, I don’t want anything more to do with that fucking child.’

Margaret slumped onto a chair looking dumbfounded. I too was lost for words.

Margaret spoke first.  She asked Helen if she meant it. Giving up her daughter was an enormous decision.

Helen just nodded. I found myself arguing that Helen should see and have contact with her daughter, but Helen was adamant. She wanted nothing more to do with Naomi.

I cannot imagine the impact that day has had on Naomi. She left her mother’s house in the morning to go to school, and I picked her up that afternoon after school, and she came to live with me, full-time. That was it.

Unlike at the family home I had no support network of family and friends. So I had no alternative but to resign from my 30-year career in the fire service.

Naomi has now lived with me for two years. There has been a bitter court battle, which came out in my favour and, being a realist, I fully expect there will be battles to come.

But to see Naomi grow, develop and flourish makes all the trouble worthwhile.

All names have been changed 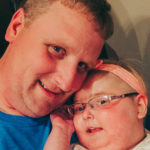 KinBox
We're all guilty of it. We scroll through Facebook and see 12 kids trapped in a cave, someone who's lost a loved one in... 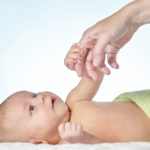