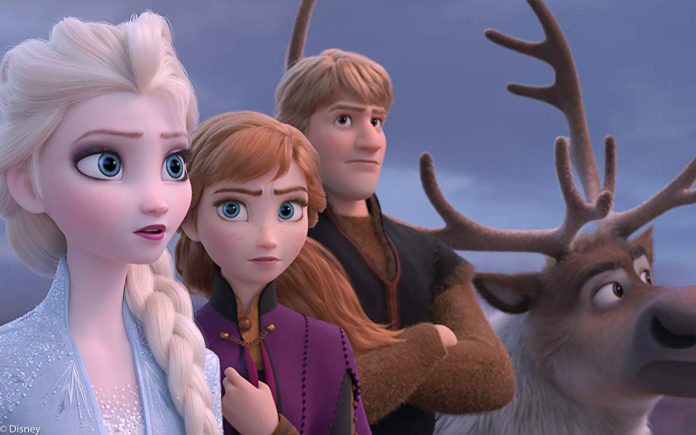 The brooding, dramatic trailer for Frozen II generated a lot of excitement on its release last week when it was watched 116.4m times in just 24 hours.

In the two-minute teaser, Elsa stands alone on a stormy shore before running at the towering waves and turning them to ice. By the end of the trailer, which also features her sister Anna and friends Kristoff and Olaf, the younger sibling has drawn Kristoff’s sword and is leaping towards an unknown assailant hidden from view.

Disney has been much criticised in the past for peddling gender stereotypes to the most impressionable of audiences: children. The female protagonists have traditionally been depicted as sexualised, objectified princesses hobbled by tight, glamorous, (often revealing) pastel-coloured outfits.

But things have been slowly changing at Disney over the past decade. The company has introduced a diversity into its films that reflects the changing environment, and the experience and voices of women in the 21st century.

Still, there is a shortage of confident female role models for young girls more generally, and the reason is age-old and banal: the industry is run by men, as Brave’s co-creator Brenda Chapman has frequently pointed out.

Male executives, directors and writers simply tend to create fictional worlds from their own point of view – worlds that explore issues relevant to them.

This paucity of fair representation is detrimental to generations of young women and their vision of themselves – their ambitions, motivations, goals, and their place in society.

The #metoo movement highlighted not just the way actresses and women creatives were treated in Hollywood, but also the dearth of stories with self-sufficient, determined female characters – women protagonists with agency and vision.

Back in 2013, Frozen did break a few stereotypes and raise a few eyebrows. A tale of two sisters, one of whom possesses the magical power to turn everything she touches into ice, it explores female power, creativity and the way in which society traditionally perceives both.

Forced to wear gloves in order to protect herself and her younger sister, Elsa is led to believe that her power, as well as her touch, are deadly, and need to be concealed. A female protagonist with an unusual gift is already a departure from the male superhero canon.

Another is the deliberate refusal to fixate female characters on a male saviour – neither Elsa nor her younger sister Anna find salvation in a romantic heterosexual bond by the end of the film, despite the fact that two males are available to fall in love with.

There has also been a rather rigorous internet discussion about Elsa’s sexuality and calls for Disney to give her a girlfriend in the second film. This kind of narrative move would, in fact, be quite in line with the portrayal of Elsa and the winter metaphor associated with her; she is perceived as cold by men, but perhaps the reality is that she simply hasn’t found her true love, who may well be a woman.

Importantly, Frozen is inspired by Hans Christian Andersen’s The Snow Queen – a tale about an evil queen living in a remote kingdom, capable of freezing hearts of human beings which only other human beings can thaw with love. The Snow Queen is an archetypal Terrible Mother who, in a rather Freudian twist, abducts a boy named Kay, steals his heart and keeps him in her ice castle while his resourceful and resilient friend Gerda spends most of the tale looking for her lost mate.

In the end, Gerda wins the boy’s heart and repels the evil queen. The boy is presented as precious and special while the two female characters of the original story fight over a male who has no feelings – not exactly a narrative triumph for feminism.

Frozen takes the elements of The Snow Queen – female creativity, energy, resilience and power – and explores them further by replacing the Snow Queen with Elsa, and Gerda with Anna. The male characters are sidelined, and it is Elsa’s heart Anna has to win instead. The pain and sacrifice Anna goes through help redeem her sister’s special gift.

Yet the magical power Elsa possesses in the first film still has connotations of harm as she has no mastery over it – it just happens in her, and she is afraid of it. The teaser trailer for Frozen II (scheduled for release in November 2019), promises to remedy this situation as Elsa is shown to use her powers to tame the waves and extinguish fire with jets of ice.

Meanwhile, a different Anna – less knockabout, more serious – is also revealed as she determinedly wields a man’s sword to protect those around her.

Other than creating a sense of menace and urgency, the trailer gives no hint as to what is going on, but Elsa is centre stage, directing her power and creativity to achieve goals. Both Elsa and Anna appear to be on a wild adventure whereas in the original film, Elsa spends her time locked up in two different castles which serve as a metaphor for her inability to be true to herself.

Anticipation is already building for Frozen II. Let’s hope it builds fruitfully on the original, helping young girls to feel empowered by role models who are brave, determined, focused and decisive. Who doesn’t want to see female characters acting with real agency in stories that look beyond marriage, motherhood and traditionally perceived happy-ever-afters? 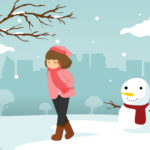 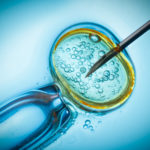 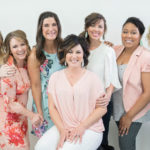 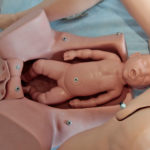