From June 2018: My six-year-old son, George, has just broken up for the school holidays, and we’re facing a very different summer this year.

Previous years have been a frantic mix of long days at my desk, when I could get childcare, and fun-filled days on the beach or at the local theme park. But a recent illness means I’m not capable of these things any more, and I’m really struggling with my identity as George’s mum.

At the start of this year I contracted meningitis, which triggered a neurological reaction and damage to my spinal cord. The impact has touched every part of my existence, particularly my life as a mum.

When the doctors told me I was experiencing a life-changing illness, they really weren’t exaggerating.

As a self-employed single mum I was used to doing pretty much everything for myself, but in a few short weeks I lost the ability to walk and any semblance of independence.

I find the simplest of domestic duties, such as hanging the washing out, so hard I need my own mum’s help

I was in hospital for five months and lucky enough to receive specialist neurological physio which has helped me claw back a bit of mobility – I can walk very short distances with the aid of crutches, but I can’t stand for long and have a wheelchair as back-up.

Nerve damage has caused a weird sensation in my arms that isn’t there all the time – thankfully – but when it does strike, it feels as though my arms are being electrocuted. Add to this extreme exhaustion and you can see why being a working mum to a young son is not straightforward.

My reduced mobility doesn’t just mean no days out; it also means no water fights in the garden, no chilling together in the paddling pool, no taking the dog to the beach with a frisbee.

I find the simplest of domestic duties, such as hanging the washing out, so hard I need my own mum’s help.

I know I’m focusing on the things I can’t do, and people wiser than me have suggested this isn’t a very positive way to approach my new disabled status. But I must admit I’m finding it hard to stop comparing my old life with the current reality.

George, on the other hand, seems to have embraced our new normal with much more grace and maturity

Perhaps, as one of the psychologists I was forced to see in hospital suggested, my acceptance of the changes will improve in time. But at the moment I can’t help but fight against it, even though I know it’s a futile struggle in many ways.

George, on the other hand, seems to have embraced our new normal with much more grace and maturity than I have.

While I was in hospital, he naturally worried about when I was coming home – five months apart is long enough for anyone, and especially when you’re just five years old and your mummy isn’t around.

But he seems fascinated and very blase about all the things I’ve resisted and initially tried to keep from him.

I didn’t want him to see the nurses moving me with a hoist – I found the experience horribly humiliating and the lack of control was terrifying – and I didn’t tell him I couldn’t walk at first.

I just said my legs were poorly and the doctors were working on making them better – although at the time I had no idea if I would ever walk again.

I imagined George would find the idea of his mum being hoisted around or in a wheelchair as horrifying as I did, but he accepted it as if I’d had something as mundane as a new haircut.

He loved pushing me around the hospital corridors in the wheelchair, for example, or practising walking with my crutches. And now I’m home he loves accompanying me for a lap around the garden as I try to strengthen my legs.

George seems to have morphed from a child that would sigh like a teenager if I asked him to tidy up his toys to a willing assistant in all manner of tasks. Part of me hates asking him to help; I feel like it should be me looking after him, not the other way around.

It has certainly brought out my son’s caring side

I worry about how it will affect his childhood, as if me being ill has somehow robbed him of his security. But learning the importance of helping those you love is never be a bad thing, right?

It has certainly brought out his caring side. He holds my hand to help steady me as I walk to our car after school. He picks up my crutches if they fall over, which they seem to do at least once an hour no matter how carefully I prop them up.

He tells me how well I’m doing or comments on how my walking is getting better. He even made sure his friend, visiting for a playdate, cleared away a few cars he’d been playing with so I didn’t trip up.

I’m definitely not ready to brave a day out with George just yet though. I see other parents with disabilities living their lives and doing all the things I feel I can’t, and I’m overcome with admiration – albeit with a tinge of jealousy.

I just don’t know if I’m strong enough to deal with it.

It’s still early days – I’ve only been out of hospital for a few weeks. Maybe eventually my urge to take George to, say, Legoland, will force me out of my comfort zone, despite how mentally distressing and physically exhausting it will be.

Maybe I’ll be able to see the situation more as George does, and get on with things without the constant yearning for a past me who no longer exists.

Perhaps this incredibly difficult situation will actually be the making of both of us. 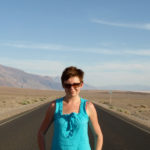 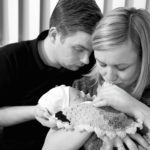 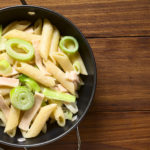 Something For The Weekend – Sticky Toffee Pudding

I Thought My World Was Ending When My Husband Said He...