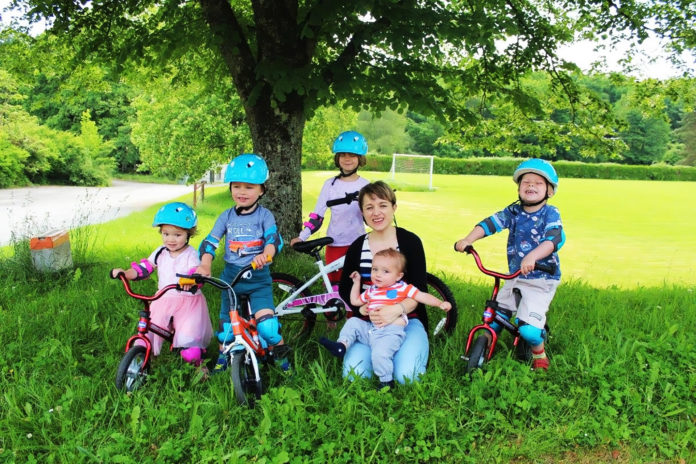 I’m one of those people who enjoys variety.

And when it comes to mental health problems, it seems, there’s no exception.

By the time I was pregnant with my first child, aged 31, I’d already suffered (and recovered from) anorexia, bulimia, anxiety, OCD and depression.

I had years of counselling and a toolbox bursting with strategies to manage any future problems, so when I went through my successful round of IVF in 2009, I was pretty sure I’d be OK.

Whatever pregnancy threw at me, I hadn’t starved myself for 15 years and depression was, I’d concluded, entirely in my past.

Unfortunately, I did have a few months of post-natal depression after Lily was born, brought on by a combination of exhaustion, hormones and my subconscious conviction that worrying about every single thing that might conceivably go wrong was somehow a great strategy for keeping me and my family safe.

But I recovered. My little girl thrived and in 2011 I felt ready to try for another baby.

Trying, for us, meant two weeks of injections into the stomach, an operation to collect eggs, a nail-biting wait to see whether any fertilised and then two weeks of symptom checking between embryo transfer and the result. An exhausting and stressful process even for the strongest of psyches.

Again, to my great joy, I became pregnant. And three weeks later, an early ultrasound confirmed I was expecting twins.

At eighteen-weeks’ gestation, and about two weeks before I descended into the worst depression of my life, a well-known television presenter died by suicide.

As someone who’d taken an overdose in my twenties, I was no stranger to the desperation that someone feels in this situation. Even so, when the news broke, I said to my husband “I just can’t imagine ever feeling like that, now that I’m a mum.”

Even if depression struck again, I was sure my instincts would prevent me from giving in to such extreme despair.

Two weeks on, my husband had to pull me back from a third-floor window before I gave in to the impulse to plunge into the oblivion I craved.

And if I hadn’t been for his support and an overriding urge to protect the tiny boys growing inside me, I’m pretty sure it would have been game over.

That’s the thing about depression. It convinces you that the world would be a better place without you. People’s assurances that you matter are muffled and indistinct. Words seem to make sense but can’t prick through the cotton wool and despair in your brain.

It took six months post-partum to medicate, exercise and counsel the depression out of me. Finding out that I also had undiagnosed hypothyroidism also helped me to understand that much of what I’d been through had been out of my control.

I entered into a good place – laughing with my family and feeling my future stretch brightly before me. One in which my hormones would finally be under control, and in which I’d never have to go through pregnancy and endure the aftermath again.

To our surprise, two further pregnancies followed in quick succession. After the initial shock of finding out I was sprogged up despite having been told I was infertile, my pregnancy with Evie in 2013 was pretty uneventful.

But the next pregnancy (which occurred despite contraception and an understandable shortage of time and inclination for performing the necessary act) was a different story.

This time I only made it to four months’ gestation before I descended into the blackest hole I’d ever encountered.

Depression led to my sobbing uncontrollably (and loudly) in the street, sitting blankly on the kitchen floor and wishing I could rip myself out of my own body and escape.

The months of pregnancy ahead and the potential hormonal aftermath hung before me like a prison sentence.

I’d been through this before, I told myself. I’d come out the other side. Recovery was possible, even likely. But even this reassurance couldn’t permeate what had become a glass box around me.

Even in my darkest hours, I knew that I didn’t want my children to be afraid

I watched life happen; I watched people engage in normal things. But I couldn’t break through to join them. I was trapped by my pregnancy, trapped by the love for my children, trapped within my own brain.

This time, too, I had four developing minds to consider. Even in my darkest hours, I knew that I didn’t want my children to be afraid. I went through the motions. I smiled. I hid as much as I could. I danced and laughed and played, baked treats and took the kids out with the skill of a Hollywood actor, despite feeling that each day would likely be my last.

At the time, I thought I was doing the best I could – giving the children every opportunity to enjoy themselves. But looking back, perhaps my constantly being on the go, and whisking the kids off to the local town every weekend for a fun day out was less about them and more about me.

“Mothers who haven’t provided the emotional stability they’d hoped for may let boundaries slip,” agrees psychologist Sheri Jacobson from Harley Therapy. “You give in to children’s demands because you feel you’re not present. It’s important not to let your natural instincts be overridden by a sense of guilt.”

However, I was honest, too, at the times when I couldn’t help but cry. “Mummy’s just a bit sad today,” I’d tell them. Or, “Mummy’s just really tired. I’m OK.” I didn’t want them to form their own conclusions as to why I was upset.

“The important thing is not to conceal what’s going on but showing that it’s something that you’re aware of and managing,” Jacobson agrees. “It helps children understand that we’re working through some of our tricky emotions – but that we’re coping.”

This time, the depression seemed endless. A year on, I was still under a cloud and had almost resigned myself to a life lived in mental shadows. Despite my experiences, my previously successful strategies, recovery was slow. But as time went on, once in a while, I’d catch myself thinking about something else.

Being depressed as a mum can be hell

Eventually, I found that the box I was trapped in was made of thin plastic, rather than glass. A plastic that, when pressure was applied, could bend a little. I learned to tell myself that I wouldn’t worry for the next hour. That I’d do a music class with the kids and leave my black thoughts at the door.

The hole fell under my control and I began to stretch it until I could leave my depression behind for a morning; an afternoon. Sometimes for the duration of a film or while I worked.

Gradually, after two years of pre and post-partum depression, I realised that I had stepped out of the box completely. That I was finally me again. An authentic self, free of the negative, self-destructive thoughts.

I’m proud of the way I kept going, despite the fact that I wanted to lay down and sob on the ground. The way I planned and cooked nutritious meals for my kids. The fact that I went through the motions of being a “good mum” despite feeling the pain of depression screaming inside.

I didn’t always get it right, but as far as I could I was honest with the tiny humans in my care. I’m hoping that I haven’t passed on my tendency towards darkness. I reassure myself that the tools in my armoury are ones I can share if any of them do succumb in the future. I’ll encourage honest and open dialogue as they grow. I’ll help them to understand that these things aren’t forever.

Being depressed as a mum can be hell. Like almost everything to do with motherhood, you feel guilty for the impact that it might be having on your kids. But I reassure myself I did the best I could.

And I can definitely confirm that there will be no more babies. 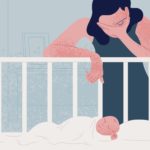 KinBox
Motherhood can be a source of joy, but it can also pose difficulties and challenges – particularly, in the postnatal period. It is a... 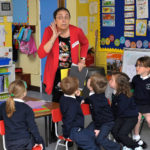 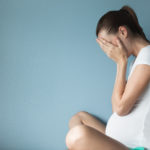 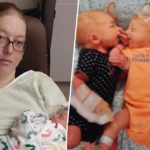