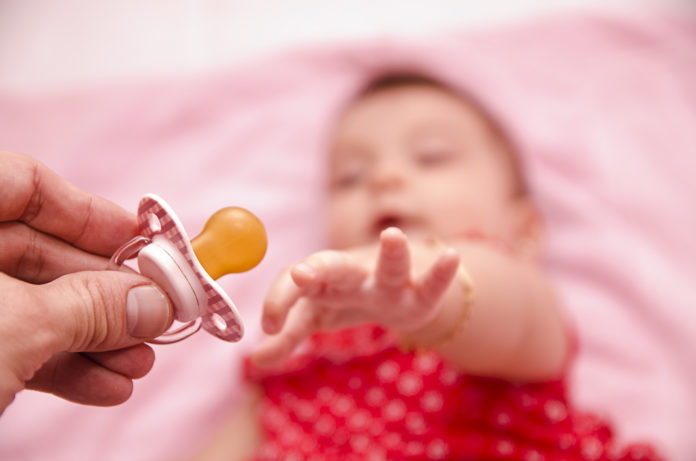 Some parents say life would be unbearable without one. Others are outraged at the thought. There’s no doubt that wondering whether you should let your baby have a pacifier (or not) will provoke some pretty strong views. Sally, a retail manager in Wales, is wondering what to do for the best.

“I’m interested to know what other parents think about using a dummy (pacifier). I’m pregnant with my first child, so of course I’m doing lots of reading and asking questions, and this is one thing that really seems to split opinions – some people swear by them, others think they’re a bad habit that it’s hard to get the baby out of. What are your views or experiences?”

Jessica believes that if you use it wisely, there’s no reason why a pacifier should be a problem.

“A dummy is a good soother – in my opinion, it’s better than putting your baby on the boob every time they need to settle. Both my kids love their dummies, and I agree it can become a bad habit that’s difficult to break – but it’s not impossible!

“With hindsight, I’d say perhaps only give your baby a dummy when it’s sleep time, so they start to associate it with sleep only. My children had their dummies in all day, every day. It was a battle to get them to give it up and now, at the ages of four and three, they only have it at night while sleeping (and it often falls out). The next step is to lose it completely.

“I understand your concerns that it may impact their speech or even teeth further down the road, but just be mindful of not letting them talk with it in their mouths and limit the amount of time they use it.”

Concern that their son would become dependent on a pacifier was unfounded – you might find your baby doesn’t need or want one, says Ana.

“There are so many controversial opinions about pacifiers. I was personally scared my first child would get so used to it that he’d stop latching on properly or would get too lazy to suck, and that’s why I was extremely careful. I’d only give it to him when he cried outside, and after he stopped crying or fell asleep, I always took the pacifier out of his mouth.

“He used it for about four months. He never really knew what it was or why he needed it. The funniest thing was when we started sleep training at home, we missed the fact that our son wouldn’t take the pacifier or would spit it out like he was questioning why we gave him this bizarre thing in the first place. I was happy about it, though, as we never really got into the habit.

“When I look back now, I feel we have done the right thing. Our son has developed proper attachment to his parents, peers and objects in his life. He never sucked the finger, which I know pacifiers can lead to, and he still breast-feeds well. I believe a pacifier is a mom’s substitute to calm a baby, so it shouldn’t be over-used – but that’s just my personal view.” 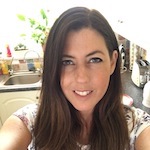 Katy Mann is an award-winning writer and mum to James, Emily and angel Charlie. She lives with her family in Cheshire, UK, and writes on a wide range of topics covering everything from losing a baby to living with a disability. You can find her on Facebook or on Instagram as @yetanothermumbloguk or visit her blog, Yet Another Mum Blog.

If you’re breast-feeding, advises Katy, try and avoid pacifiers to begin with.

“Personally, I’m not a fan of dummies. I tried to use one with my eldest child but he never took to it and we never looked back. Don’t get me wrong – dummies have their place. I have friends who swear by them! I just feel they can interfere with the breast-feeding relationship and would recommend avoiding use of them in the first few weeks while breast-feeding gets established.

“We’ve all heard the phrase that a baby is ‘using you as a dummy’ but this is perfectly normal behaviour for babies and should be encouraged. Babies use the breast for a number of reasons, of which comfort is one. Of course, we all need a break from time to time, and that’s when dummies can come in very handy if your baby will go easily from one to the other.”

If it works for you, says Yocana, then go for it – but don’t let them come to depend on it too much.

“I personally don’t see anything wrong with pacifiers. Both my kids used them and were both fine. But one thing I would advise is that you try and stop them using it at around six months to one year old. After that age, it’s a lot harder to persuade them to give it up.

“Using a pacifier with my kids helped on a lot of occasions when they’d just cry for no reason, and I found it easy to stop them using it when the time came. Try not to worry about it too much – you don’t know if your baby will even like it. Some hate pacifiers and never get used to them. When your baby comes, you’ll know what’s best – trust me.” 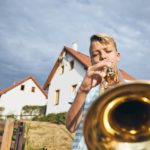 Rebecca Parsley
On a visit to my hometown recently I tried to catch up with an old friend, Andrea. Coffee on Tuesday afternoon? No, Child 1...

Ask The Parents – What’s The Best Way To Relax When...

Ask The Parents – Is It Time To Think About Feeding...