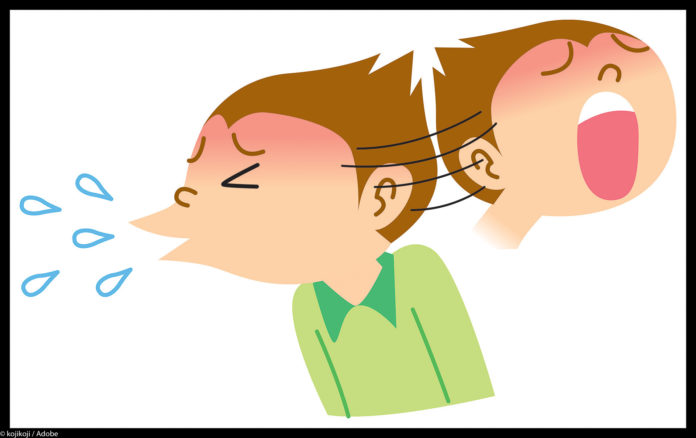 A cough is one of the most common symptoms of childhood illness. For parents, they can be worrying – kids’ coughs can sound truly terrible, even when there’s nothing seriously wrong. There are times when you’ll need to seek medical advice. But how do you know when it’s time to call the doctor and when to treat at home? Here’s our guide to five types of kids’ coughs.

This is generally due to swelling in the upper airway. It’s a common symptom of croup – an inflammation of larynx and trachea (the voice box and windpipe). Young children’s airways are smaller than ours, so when they become swollen it makes it harder for them to breathe.

Children with croup also tend to have stridor – a noisy, whistling sounds when they breathe in.

Whooping cough, or pertussis, is a bacterial infection. It starts off like a regular cold, but after a while you’ll notice bouts of prolonged coughing that end with a whooping sound.

It’s incredibly contagious and can be very serious for babies under a year old. The good news is it’s easily avoided by getting your child vaccinated. It’s generally administered in a combined vaccine; in the UK, it’s given as part of a six-in-one shot at ages two, three and four months old.

If there’s a wheezing or whistling sound when your child exhales, it generally means the lower airways in the lungs are inflamed. This could be caused by bronchiolitis, a viral infection of the small tubes in the lungs (the bronchioles).

Wheezing could also be a sign of asthma, especially if the cough is chronic and persistent. There’s likely to be more coughing at night as the airways tend to be more sensitive then.

It could also indicate that something is blocking the airway, such as a piece of food or small toy.

If your child is producing a lot of mucus or phlegm when they cough, they probably have a cold. They’ll have other symptoms such as a runny nose, watery eyes and a sore throat, too. That’s not generally something to worry about, but if they also have a fever and the mucus is thick and green, it could indicate a sinus infection.

This kind of cough is generally worse at night. When your child is lying down, it’s easier for mucus from the nose and sinuses to drain down the throat, causing coughing.

5The cough with a fever

If your child has had a cold and the cough persists, combined with a fever, there’s a chance they could have pneumonia. This isn’t usually present at the start – it’s the environment the cold virus creates that allows the bacteria to thrive.

If your child’s cough seems to get worse and they have a fever of 102°F/39°C or higher, especially if they are weak and breathing rapidly, call the doctor straight away.

If your child has a weak, hoarse cough and complains of general body and muscle aches, a headache and fatigue, they are likely to have influenza.

Despite what many people believe, this is not just a more severe version of the common cold. True influenza – the ‘flu – is a severe viral infection. It is accompanied by a fever, and there is less mucus than with a cold. Your child won’t have any energy to play – possibly for the first time ever! – and will be full of sniffles.

How can you help?

Most coughs are caused by viruses. Antibiotics won’t help. The cough needs to run its course and might last a couple of weeks or so. Over-the-counter medication isn’t suitable for all ages, so check with your pharmacist before giving your child medicine. Always administer the correct dose.

If your child has the barky croup cough, turn on the hot water in the shower and close the door to help the steam build up. Then sit in the bathroom with your child for 20 minutes or so – the steam will help clear and ease their airways.

A cool-mist humidifier helps some children sleep at night, and cold air will often bring some relief. Just make sure you dress them warmly before going outside for ten or 15 minutes. and always. Cool drinks are often soothing – water, milk or diluted juices are fine. Don’t give carbonated soda and be aware that the acid content of some fruit juices – such as orange – can hurt a throat irritated by coughing.

When should I call the doctor?

Seek medical advice if your child has a cough and any of the following: 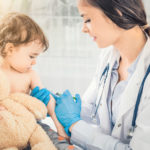 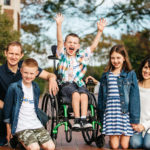 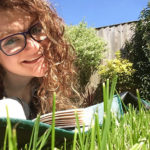 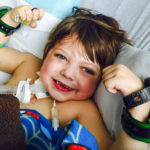 My 4-Year-Old Son’s Heart Stopped Beating for FOUR Days – How Could He Come...

Amanda McNeely
One morning in December 2014, my then-four-year-old son Kierken woke with what we thought was croup. He’d had it before, so we made a... 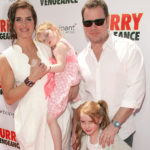 Rebecca Parsley
After starting out as a child model, Brooke Shields first appeared on cinema screens at the age of 12. She has been... 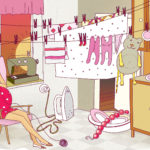 6 Pregnancy Myths That Are Based In Fact

Rebecca Parsley
You might have heard the shape of your bump is an indicator of your baby’s gender. (It isn’t.) That your food cravings during pregnancy...

From Newborn To Toddler, This Versatile Baby Carrier Is The Safe,...