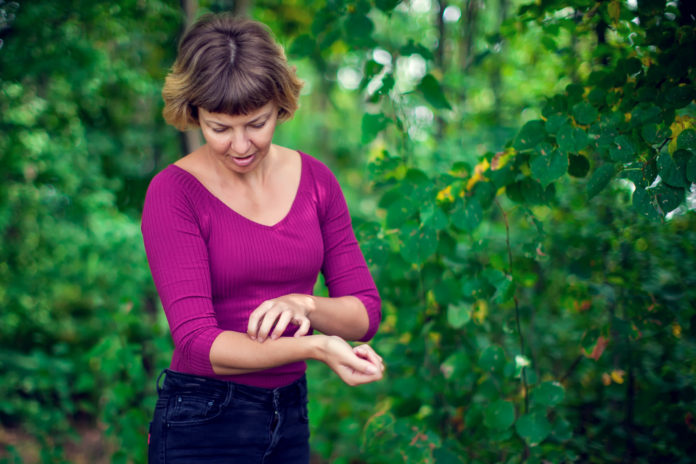 This freakishly hot weather means plenty of chance for our kids to get outside and enjoy the summer, whether it’s playing in the garden or family days out.

Unfortunately, it also means there’s a higher chance of getting bitten or stung.

While not usually dangerous – unless you’re allergic, of course – the after-effects can be uncomfortable, irritating and painful. Here are our tips on avoiding bites and stings – and some suggestions on how to the effects if they happen.

Some people are magnets for mosquito bites, while others rarely get any. There seems to be no rhyme or reason to it, despite some studies claiming that people with certain blood groups are more prone to being bitten.

Consequently, it’s also true that methods of preventing bites in the first place are more effective for some people than others. Here are some of the most popular – so see what works for you.

This sounds obvious, but if your skin is covered then the mosquitoes can’t bite you. It’s not always practical, of course – if you’re at the beach or the children are playing in a paddling pool in the garden, for example. But whenever you can, choose loose, light clothing that covers the wrists and ankles and doesn’t ride up at the waist. It’s also believed bugs are more attracted to deeper colours, like black, dark blue and red, so try and choose paler, neutral shades.

Some people say eating foods like garlic and onions helps repel mosquitoes. While we’re not suggesting you or the kids start nibbling on a couple of raw cloves each day, it could be worth including more in your meals or investing in some odourless garlic capsules. There’s also some evidence that those who eat plenty of B vitamins are less likely to get bitten – Marmite on toast for breakfast, anyone?

The active ingredient in most repellents is deet, so the higher the concentration, the more effective it is – some contain up to 50% deet. Be careful, though – not all products are safe to use on children or if you’re pregnant, so talk to your pharmacist before buying commercial preparations.

For a natural alternative, look for products containing citronella, lemon, eucalyptus, peppermint or thyme. If you’re into aromatherapy, you could also mix your own blend using essential oils. (Never use them neat, though – always check the recommended dilution levels.)

Mosquitoes will bite at any time of day, but they tend to feed more at dusk and dawn. Try and avoid being outdoors at these times, and especially stay away from grassy or swamp areas as there’ll be greater numbers of them here.

If you’re especially prone to bites, talk to your medical professional about taking a daily anti-histamine during the summer. They’ll be able to prescribe or recommend one that’s safe for you or your children. As well as helping prevent bites, they’ll also minimise the after-effects of any you do get.

Bees only tend to sting as a last resort, as after doing so they die. Wasps, however, are less discriminating and can sting multiple times. The following will help you avoid unwanted attention from either.

How many picnics have been ruined because a wasp – or more usually several – insists on joining in the fun? It’s not just sweet foods like jam or fruit that attracts them, either – wasps can eat meat and will find that barbecued chicken leg just as tasty as you do. If you’re eating alfresco, try to keep food covered and clear it away as quickly as possible.

7Pour drinks into cups and glasses

Juice and soda are magnets for insects, and many an unsuspecting person has been stung on the lip after a bee or wasp has crawled into their can or bottle and hidden below the rim. This can be especially distressing for young children, so always check drinks if they’ve been left open; ideally, pour them into a glass so you can see if there’s anything in there first.

Bees and wasps have poor eyesight, so if you’re wearing bright colours there’s more chance of them thinking you’re either a flower or a food source. Choose light, neutral shades as these will help deter the mosquitoes, too (see above).

While their eyesight is bad, their sense of smell is great – so fruity or floral fragrances, whether from perfume, shampoo or shower gel, will attract bees and wasps. Both are drawn to nectar, and such scents will make them think you’re a lovely big flower. Invest in some fragrance-free toiletries for the summer instead.

10Avoid beelines in the air

If you’re out and about looking for a place to stop, choose your spot carefully. Bees and wasps that are flying around aimlessly or hopping from flower to flower are generally foraging and won’t bother you. But if you notice them flying in straight, purposeful lines, the chances are their hive is nearby – both tend to go directly in and out of their base. They’ll also defend it aggressively if you get too close.

If the worst happens

No matter what precautions you take, chances are that someone will be bitten or stung at some stage. Try these ideas for dealing with the after-effects.

Most people will experience some degree of itching, with the bite forming a hard, red bump. Some will have a more severe reaction, with painful itching and a larger area of skin becoming very hot and swollen. In some cases, mosquito bites will get infected (usually through scratching the area).

Taking anti-histamine can greatly reduce itching and the effects of a bite, as can applying calamine lotion or a hydrocortisone cream. Popular home-remedies include pressing a hot teaspoon – as hot as the recipient can stand – against the bite, as this is believed to disperse the proteins the mosquito leaves behind in its saliva. Conversely, a cold compress can also provide relief. There are also reports that applying a paste made of baking soda and water, or even everyday toothpaste, can help ease the reaction.

Be aware that mosquitoes can carry and spread diseases such as malaria or the Zika virus; if you suspect serious illness, you should seek medical advice immediately.

For bee and wasp stings

A bee will leave its sting behind, so you may be able to remove it with your fingernails or tweezers – just be careful not to burst the poison sac and release the venom into your system. Afterwards, wash the area; it’s likely you’ll still experience some pain and swelling around the area for a while.

For both bee and wasp stings, take an over-the-counter pain reliever, such as ibuprofen, and apply calamine lotion or a hydrocortisone cream. An oral antihistamine can also help.

If you experience any serious symptoms such as hives, breathing difficulties or nausea, these are signs of severe allergy and anaphylaxis, in which case you should seek emergency medical treatment. 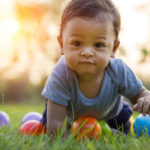 We Were Devastated When Our Daughter Became A SIDS Victim –...